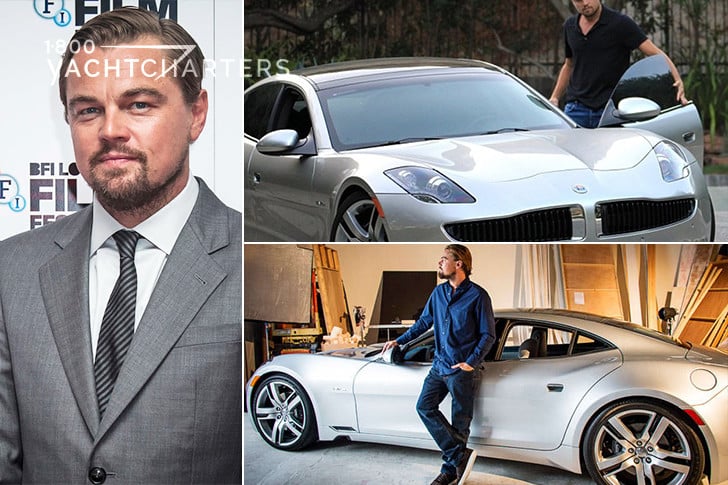 Now we hear di Caprio news. He is about to take delivery of a 2012 Fisker Karma hybrid luxury sports sedan.  And not just any Fisker Karma – the very first one ever built.

The actor leads the green enviro movement in Hollywood. His latest toy, like his Toyota Prius, is built with sustainability in mind. The Karma is designed by Henrik Fisker, formerly of Aston Martin, and has been developed around an aluminium chassis.

A pair of electric motors totaling 403hp powers The plug-in Karma.  The first is a 22 kWh lithium ion battery. The second is a 175kW generator via a 2.2L gas engine.

Even with its eco-friendly background, the Karma features a 125 mph top speed. It goes from 0 to 60 mph in 5.8 seconds.

WHO HAS HYBRID CARS?

Also waiting in line for his own hybrid is Al “An Inconvenient Truth” Gore.

Just imagine the buzz if Leo were to invest in a hybrid mega yacht charter vessel?!

HOW TO BOOK A GREEN YACHT CHARTER

Contact 1-800 Yacht Charters at https://www.1800yachtcharters.com/book-now-contact-us/to learn more about the newest generation of green superyachts and to charter your own eco-friendly yacht for vacation.