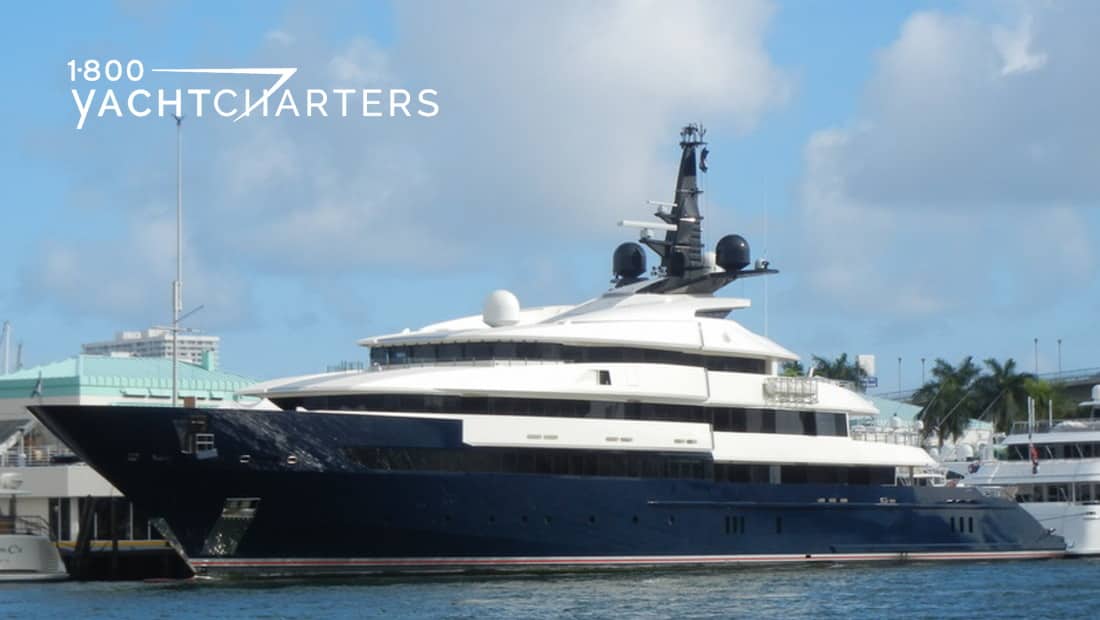 Inside of limousine tender

Balcony terrace over the water (with swim ladder)

At dock in marina

Stern with crew members at work

For an 86 meter motor yacht, Seven Seas is the perfect balance. She is both discreet and distinctive. Her size, shape, and style will ensure that she is one of the most impressive yachts in the world, easily recognized in any company, whether cruising the oceans or at anchor in the Caribbean, Costa Smeralda, or the Mediterranean.

One interesting thing about the new superyacht Seven Seas is her performance. Large yachts with long waterlines are capable of high speeds and yacht Seven Seas has an impressive top speed projection of 18.50 knots and a cruising speed of 14 knots. Although not super fast, it should be remembered that this is a typically volumous Oceanco motor yacht with good height and with a beam of 13.80 metres providing a capacious interior and exterior deck space.

Also interesting about the yacht is the powerful exterior design work as produced by the now famous Nuvolari & Lenard. In keeping with the Oceanco tendency, the megayacht has an Infinity swimming pool on her aft deck which can conveniently be transformed into a full helipad or used as a screen for viewing movies while on deck or in the pool, itself, which is perfect for her owner, Steven Spielberg, for business or pleasure.

There is accommodation for 12 guests, including a now usual large separate master suite with study and private deck area.

Explore Our Selection of Yachts
Book Now or Contact Us Today

We will meet or beat all competitors' rates.

In addition to the best customer service in the yacht charter industry, we promise our clients the best available pricing.

Inside of limousine tender

Balcony terrace over the water (with swim ladder)

At dock in marina

Stern with crew members at work

Use the form below to search our site. If you have any questions at all, please contact us today.