Poor Leo.  After being snubbed by the Oscar voters, the “Django Unchained” star was hard at work, toiling away like the rest of us 9 to 5 lunch-pailers.

DiCaprio, who skipped the Academy Awards ceremony, was seen lounging on a docked yacht in southern California on Monday, surrounded by bikini-clad women.
The actor went without a nomination for his work in Django, but co-star Christoph Waltz picked up the Academy Award for Best Supporting Actor, while director Quentin Tarantino snared an Oscar for Best Original Screenplay. 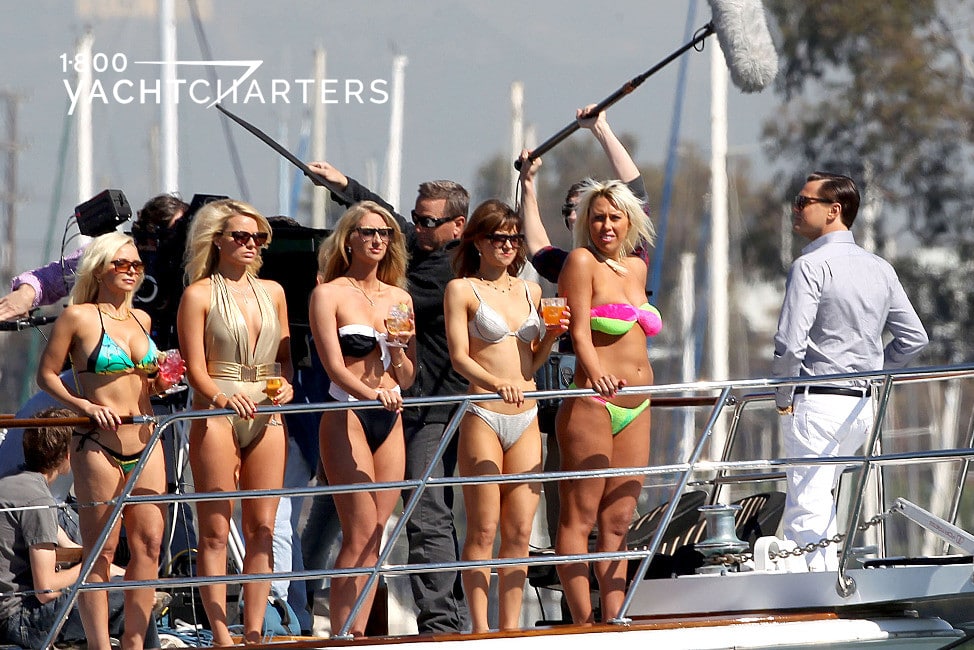 DiCaprio is no stranger to yachting, beautiful women on superyachts, or our blog.   He has been known to enjoy luxury sailing charter vacations to remote locales such as Cuba, and is often seen onboard Mediterranean yacht charter vessels such as the Steven Spielberg yacht, SEVEN SEAS.  Remember Leo’s spending time with friend Blake Lively onboard motor yacht Seven Seas in 2011??
Leo was onboard, reshooting scenes for his upcoming movie, “The Wolf of Wall Street.”  Sporting white linen pants, sunglasses, and a slicked-back 80’s hairstyle, the 38 year-old actor portrays real-life stockbroker, Jordan Belfort, in the Martin Scorsese film about Belfort and his role in the Wall Street fraud case in the 1980’s.
Five women in bathing suits joined Leo on the yacht for the re-shoot, including co-star Margot Robbie, dressed in an eye-catching gold one-piece bathing suit with a plunging neckline.  Robbie plays Belfort’s wife, Nadine.
At one point, Leo was spotted kissing Margot for the cameras. 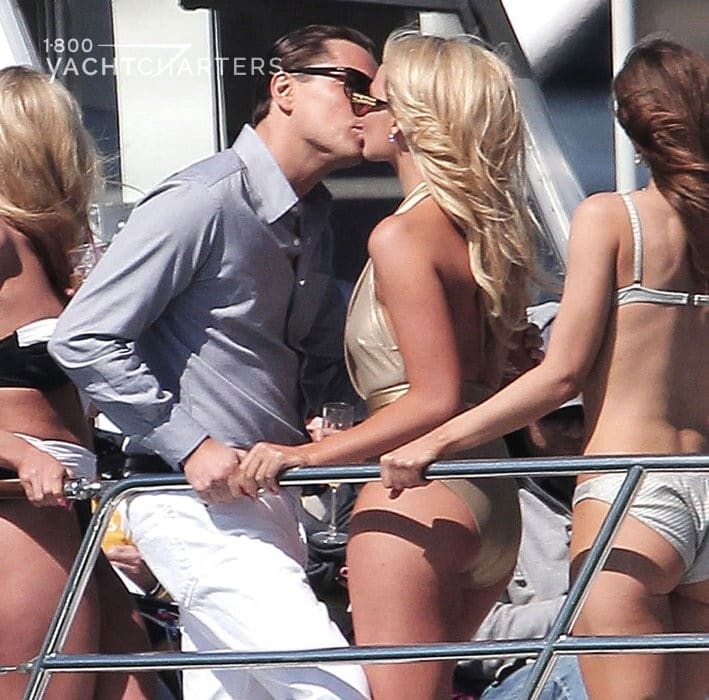 All we can say is, “Nice work if you can get it!“
======================
Want to experience the celebrity vacation lifestyle?  Contact 1-800 Yacht Charters at https://www.1800yachtcharters.com/book-now-contact-us/ to discuss your own Caribbean yacht charter holiday this spring…

Livin’ Large With Queen B On Yacht Kismet in Italy

WHERE ARE QUEEN B AND JAY Z?

We love to share some guest comments and vid with you.  This time, it’s for motor yacht ‘H.  We mention that our clients were enjoying a luxury yacht charter after catching  Bey and Jay-Z’s “On The Run II” concert in Paris.  A day after the show, Beyonce and family also grabbed a superyacht and headed to sea to enjoy a few days cruising the Italian coastline.

It seems a few of you saw photos of the power couple as they walked the streets in Capri, but that wasn’t good enough – you wanted to see their yacht! 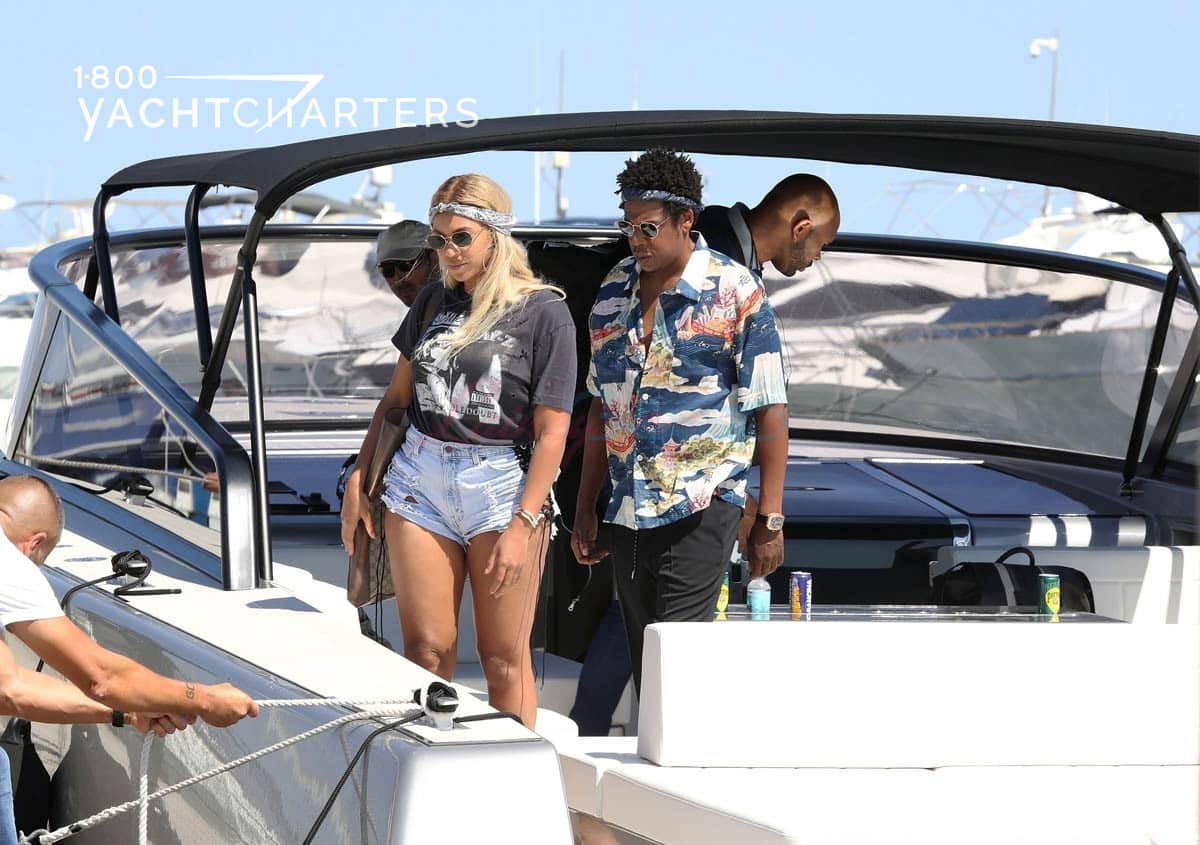 Now you know we can’t show you private photos of the Carters on the yacht (not cool), but – we’re glad to show you a video of the yacht!

So here you go fans –  click here to enjoy some amazing images onboard motoryacht KISMET – and use your imagination to picture Queen B and the fam, living it up!

[BTW – if you’re still dying to see the family on yacht Kismet, there are a couple photos posted on Beyonce’s Instagram page]

In conclusion, to view Motoryacht KISMET and her online brochure at https://www.1800yachtcharters.com/explore-our-yachts/kismet