Updated – Champagne Names – How to pronounce them?

You are planning a private luxury yacht charter at the Cannes Film Festival in the South of France (pronounced CAN…..not con).  You want to pronounce all champagnes correctly. Especially when working with your onboard superyacht Sommelier.  Thanks to our friends at Glass of Bubbly, we share this helpful and informative blog post. In specific, about the correct pronunciation of champagne names. 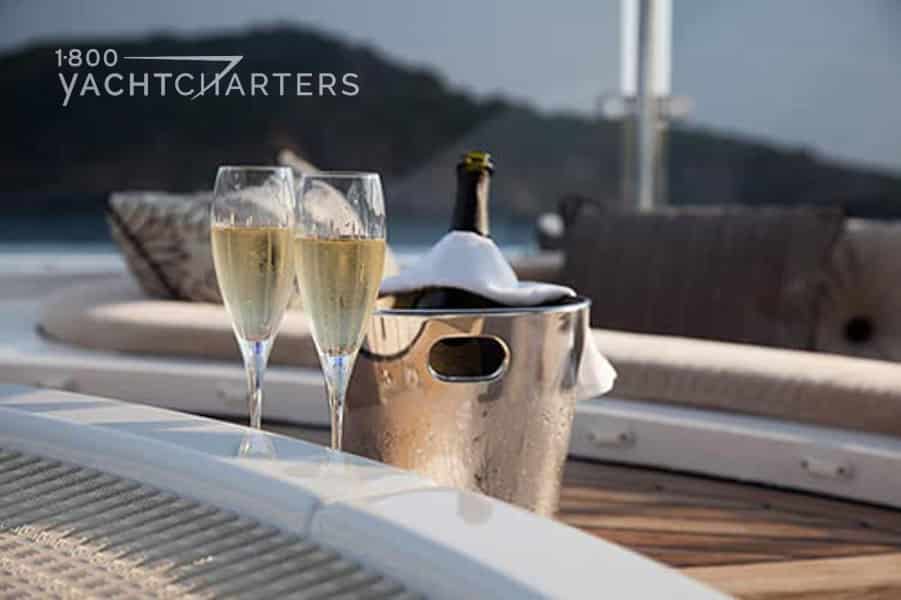 4-24-18 – UPDATED — Taittinger Champagne has been added to the list, since it is phenomenally popular.

<< Are You Pronouncing These Champagne Names Correctly?

By Glass of Bubbly

When Champagne gets transported into another country, it’s normal that the pronunciation is adapted to suit the language. However, if you’re curious how to pronounce Champagne names comme il faut (translated = properly), you’re in the right place.

Even if you’re quite confident with French, the names can sometimes be tricky as many originate from other countries such as Germany.

Tip: “on” and “om” sounds are usually nasal sounds in French, such as in Dom Pérignon.

THE MOST POPULAR MISPRONUNCIATION

The one that probably causes the most trip-ups is Moët et Chandon, which is pronounced moh-et eh chan-dawn – and not the commonly-said moh-way… oops.

Finally, you now confidently order a fancy bottle of Champagne on your next holiday to France. >>

In conclusion, remember.  The city of Cannes, France is simply pronounced “can” (not “con”).    The Cannes Film Festival is pronounced CAN (like “an aluminum can,” not cAHn.)

The next step?  Contact 1-800 Yacht Charters at 305-720-7245 or by filling out our convenient online contact form at https://www.1800yachtcharters.com/book-now/, and start planning your yacht charter vacation today!