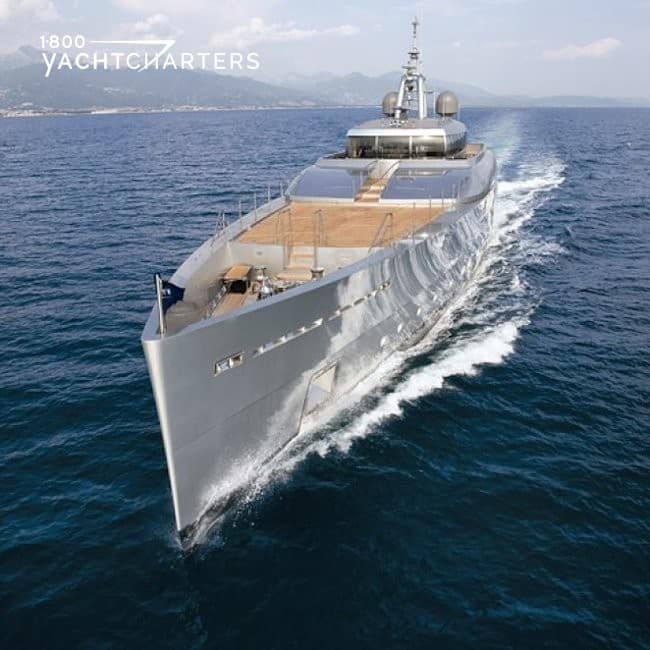 Motor yacht EXUMA profile from mid-March.  Above all, the Perini Navi Group, famous for sailboats, built an award-winning 50 meter motoryacht.

Yacht EXUMA was co-designated the winner at the sixth international ceremony in London.  Specifically, awarded with 162.5 meter yacht ECLIPSE.  The latter was built by Blohm and Voss.  In addition to styling by Terence Disdale Design.  Similarly, the yacht is owned by Russian billionaire Roman Abramovich.

Furthermore, EXUMA was designed by naval architect Philippe Briand.  The vessel is,

“unparalleled in terms of interior space design and deck organization. There are large spaces dedicated to ensuring privacy among guests, and plenty of room to store the yacht’s sizable watertoy equipment inventory.“

Unique onboard toys are numerous.  For instance, a Hovercraft, underwater SeaBob scooter, an electric moped, and an Amphibious Jeep.

In conclusion, EXUMA is offered for hire this summer in French Polynesia. Click HERE to contact our destination experts to reserve a week or more in paradise.

It appears topping their fatherland rival by building the world’s largest yacht wasn’t good enough for Lürssen Yachts. With that title in hand, the German superyacht builder commenced to gobble up their leading competitor, and take over their entire operation.

According to Peter Luerssen, Managing Partner, “With the acquisition of Blohm+Voss we are taking over a shipyard with a strategically advantageous location and versatile production facilities. We want to use these facilities to complement our existing refit and repair activities and also to offer our customers an ever better service.” 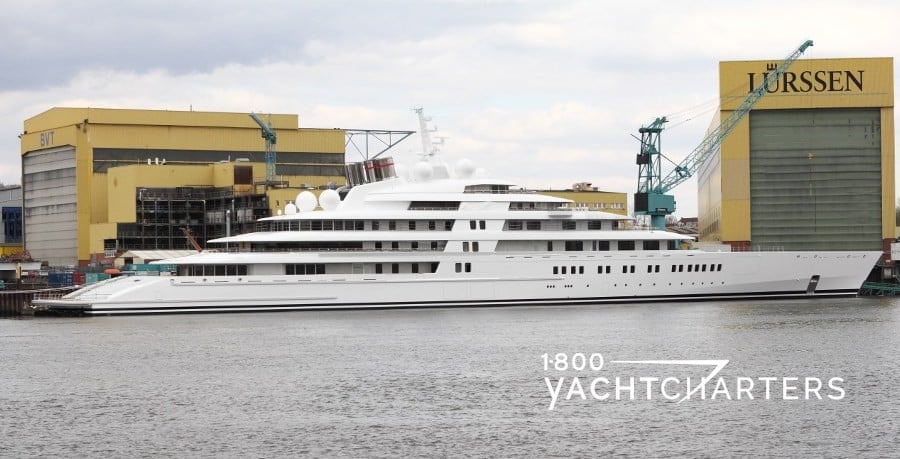 With the 2013 launch of the world’s largest yacht, the 180 meter motor yacht AZZAM, Lürssen wrestled the top spot away from the Roman Abramovich-owned motor yacht ECLIPSE, a 162.50 meter Blohm & Voss GmbH vessel launched in 2010.

Of the 10 largest yachts in service today, Lürssen has built 5 of them, including 3 of the top 5.

In the charter industry, many Lürssen Yacht charter vessels are among, the largest yachts offered for hire, including the 94 meter (308ft) Lürssen yacht Kismet II and the 70 meter (230ft) Lurssen motor yacht Martha Ann. 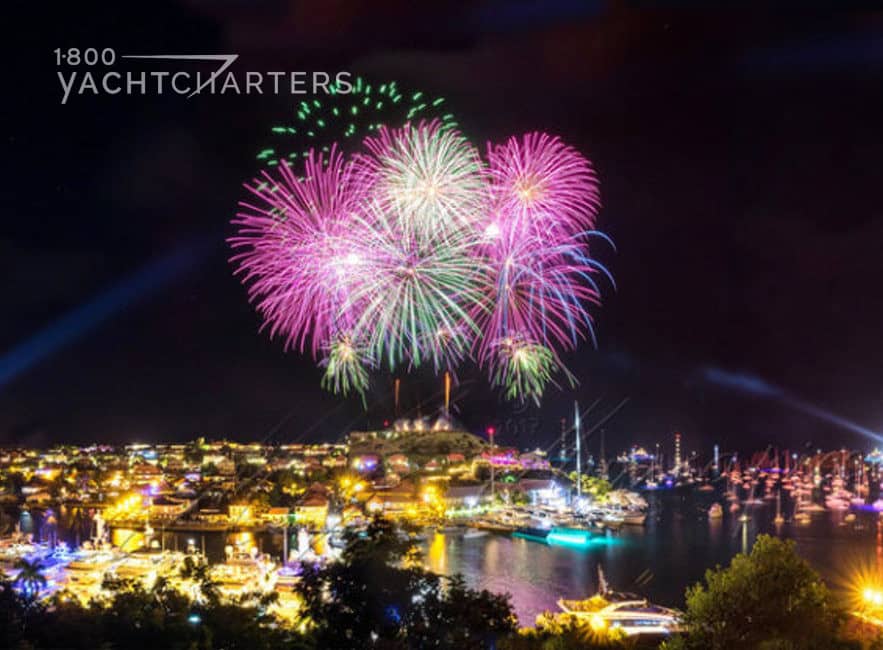 With fireworks bursting overhead, many revelers made their way to the £59 million island estate of Russian oligarch Roman Abramovich for his annual party.  It is estimated to cost £5 million (about $7.7 million US Dollars).  The star-studded event featured a live performance by the Red Hot Chili Peppers. 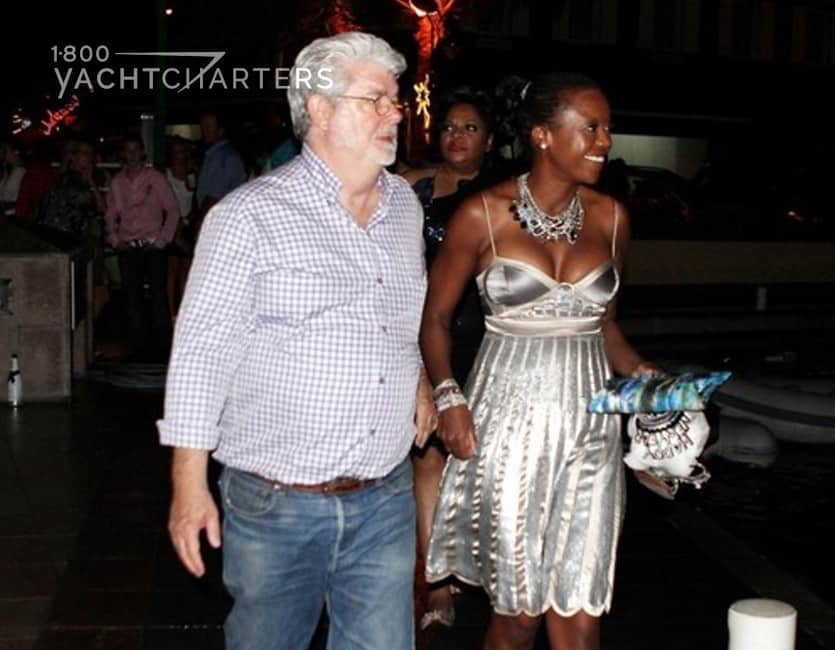 WRAPPING UP THE NIGHT

In conclusion, revelers on yachts came ashore in tenders. This was before being whisked off in chauffeured cars to the various parties taking place across the island.

HOW TO BOOK A YACHT FOR NEW YEARS

To plan your own special event on a private yacht, contact the destination pros at SailAway at https://www.1800yachtcharters.com/book-now-contact-us/