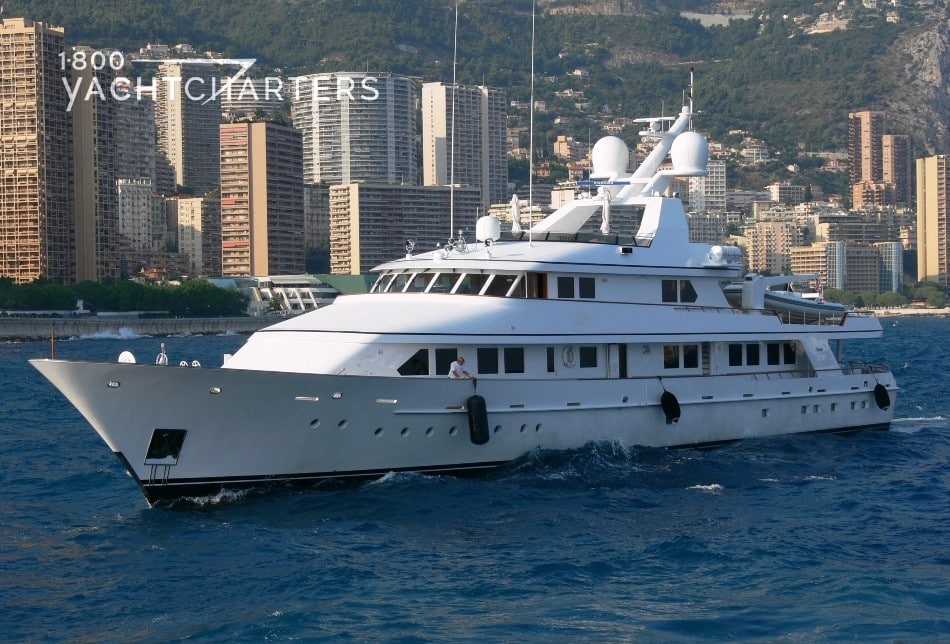 Watching an auto race is exhilarating. The elements of speed and danger seem fused together by the power of high-torque engines and the drivers with nerves of steel.  But let’s be honest – sitting in the hot grandstands with thousands of strangers is less than the ideal way to view the glamour, the cars, and the grid girls of a Formula 1 event. 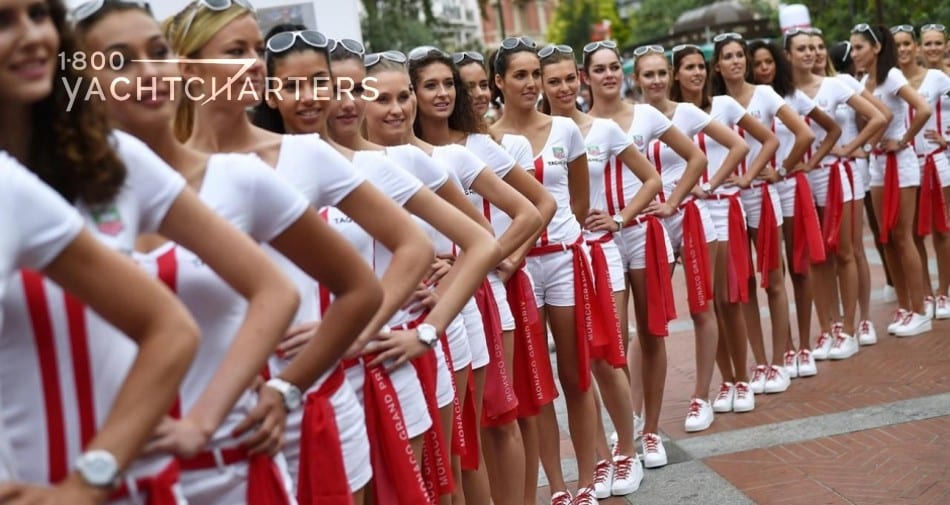 Thus, it’s little wonder why the Port Hercule marina in Monaco is filled to capacity in May for the annual running of the Monaco Grand Prix.  With the cars zipping by the marina, there’s no doubt the best seat in the house is on a luxury yacht.

Unfortunately, the rest of the 2011 Formula 1™ races take place on tracks far removed from the oceanside.  That is, all but one other – the 2011 Etihad Airways Abu Dhabi Grand Prix.

It’s rare for a Mediterranean yacht charter vessel to make the sojourn to the Middle East, but one superyacht is anxious to secure a reservation for the 2011 Abu Dhabi Grand Prix – motoryacht JANA.

The classic 46 meter Feadship is actively seeking a booking for the November 11-13 racing event.

Built in 1986, the yacht has received several refits throughout her charter career, the most recent being in 2009, in which she had the majority of her hull and superstructure repainted and most of her of soft furnishings replaced.  The Dutch-built masterpiece accommodates 10 – 12 guests in 5 cabins.  With a large sun deck, motor yacht JANA can easily host race day soirees for 20 to 40 guests.

“This yacht offers the best in accommodations, cuisine, amenities, and service, plus she has a wide array of aquasport toys for guests to enjoy in the warmth of the Middle Eastern sun.” 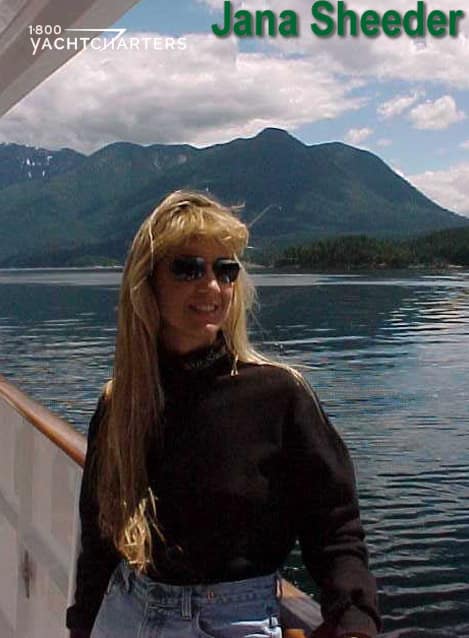 The yacht is available for the Grand Prix at the rate of €100,000 for 5 days, plus running expenses (items such as food, bar, dockage, etc.).

Sheeder says her office will assist in securing a premium berth to view the race.

“We have a first-class team in place to handle all concierge-related requests, from dockage – to ground transportation – to catering a cocktail reception on the yacht.”

The race takes place on the Yas Marina Circuit, located on Yas Island, about 30 minutes from Abu Dhabi, the capital of the United Arab Emirates. Approximately 50,000 spectators can view the action on the circuit from permanent, covered grandstands that protect visitors from the desert sun. Of course, the best viewing areas are the most secure and private – the decks of the yachts in the Yas Marina.

The circuit is 5.55 kilometers long, with a total of 21 corners with 9 right turns and 12 left turns. The track features a lot of hairpins and long straights, and there are few potential overtaking places. The pit lane entry is very challenging, as is the exit, which runs underneath the track in a tunnel.

The world’s largest indoor theme park, Ferrari World Abu Dhabi, is also located on Yas Island. The park hosts more than 20 rides and attractions. One of the attractions, Formula Rossa, has the same G force one would feel driving in an F1 car and braking at maximum speed. It is the world’s fastest roller coaster, powered through the 2.07 km track at speeds up to 240 km/h, reaching 0-100 km/h in less than two seconds.

Sheeder believes the popularity of Abu Dhabi is on the rise, and a Grand Prix yacht charter is a great opportunity to explore the area by yacht. “In addition to the race and related social events onboard motoryacht JANA, there is so much to see and do in Abu Dhabi,” says Sheeder.  “The people are warm and hospitable and the weather in November feels like the summer in the Med.”

For further details about the Abu Dhabi Grand Prix, please contact our special events team at 1-800 Yacht Charters at https://www.1800yachtcharters.com/book-now-contact-us/

South is one of the largest yachts currently available for a Monaco Grand Prix Yacht Charter vacation.

At 53 meters, South is not only huge, but she is also sleek and elegant.

South can comfortably accommodate up to twelve yacht charter guests in her six luxury cabins. Her interiors feature Italian décor with emphasis on neutral colors and a sleek contemporary feel.  They are further accentuated by the large amount of natural light, for instance, she has large windows throughout.

WHAT MAKES HER SPECIAL

The main deck of the luxury yacht has a widely spacious lounge area. That deck also features a galley, a VIP cabin, a saloon, a foyer, and a master cabin with study.

After all, don’t you deserve a private luxury yacht charter vacation?

Contact us at https://www.1800yachtcharters.com/book-now-contact-us/ to book your special event yacht charter today.