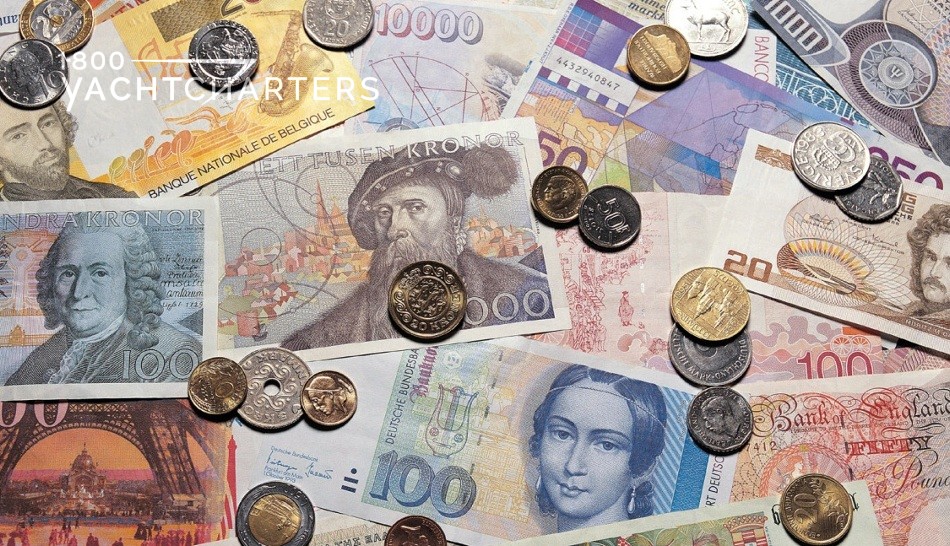 Reuters is following a downgrade in credit ratings of nine euro zone countries.  They report the euro as likely to post further losses in the coming week.  It dropped on Friday the 13th to its lowest against the U.S. dollar in nearly 17 months.

“Many of the yachts we represent for mega yacht charters are owned by European investors.  They set their rates in Euros.  It is a currency that is being battered by the downgraded credit ratings of euro zone countries like France, Spain, and Italy,” says Sheeder.

American travelers look to secure rental vacations on European-owned superyachts. They see their US dollar stretch further than in the past two charter seasons.

“US-based travelers were on the short end of the stick for quite some time,” says Sheeder.  “As their dollars strengthen, they can upgrade to larger yachts without paying more money. The foreign currency pendulum is definitely swinging in their direction.”

The inventory of luxury vessels for hire is growing.  Couple this with low demand due to the global recession.  These changes put pressure on charter rates.  Charterers rejoice. “The shrinking euro plus excess inventory and low demand is creating tremendous value for United States residents looking to charter in the Caribbean this winter and even in the Mediterranean this summer,” explains Sheeder.

Sheeder and her advisors believe the tumble is not over.

“The breakdown in talks between Greece and its creditor banks means Greece is on the verge of collapse. This could continue the downtrend in the euro,” states Sheeder.

“On the bright side,” says Sheeder, the tumbling euro will provide a significant incentive for  Americans to book European-owned yachts at a deeply-discounted price for many months to come.” 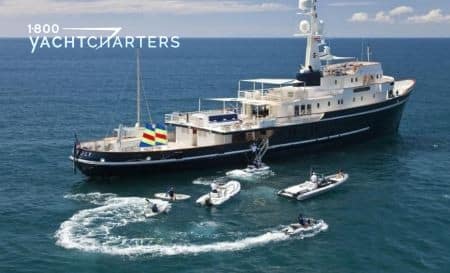 People think owners of multi-million dollar luxury yacht charter vessels are selfish and self-absorbed.  This incredible story will surprise you.

Presenting SEAWOLF.  She is one of the largest yachts in charter. The nearly 200ft motor yacht just delivered humanitarian aid in Panama. This validates the trend of luxury yacht owners getting involved with global aid efforts.

The 62 meter Oceanco yacht LADY LOLA, well-known throughout the Caribbean yacht charter marketplace, was first to deliver school aid from Panama City to the Islas Secas area of western Panama in the Gulfo Chiriqui.

We would like to extend a hearty thank you to the captains, crews and owners of both yachts for acting as a catalyst to inspire others to do good things.

Perhaps such altruistic actions will help change the perception of the superyacht industry.

Pay it Forward with Random Acts of Kindness, Captain’s orders…

Motor yacht SEAWOLF accommodates up to 12 guests in 6 staterooms and rents for USD $180,000 per week.

Motor yacht LADY LOLA sleeps 10 guests and is available for charter at a weekly rate of Euro €290,000.  All running expenses, items such as food, fuel, bar and dockage, are extra.

To reserve your own private luxury yacht, contact 1-800 Yacht Charters at https://www.1800yachtcharters.com/book-now-contact-us/