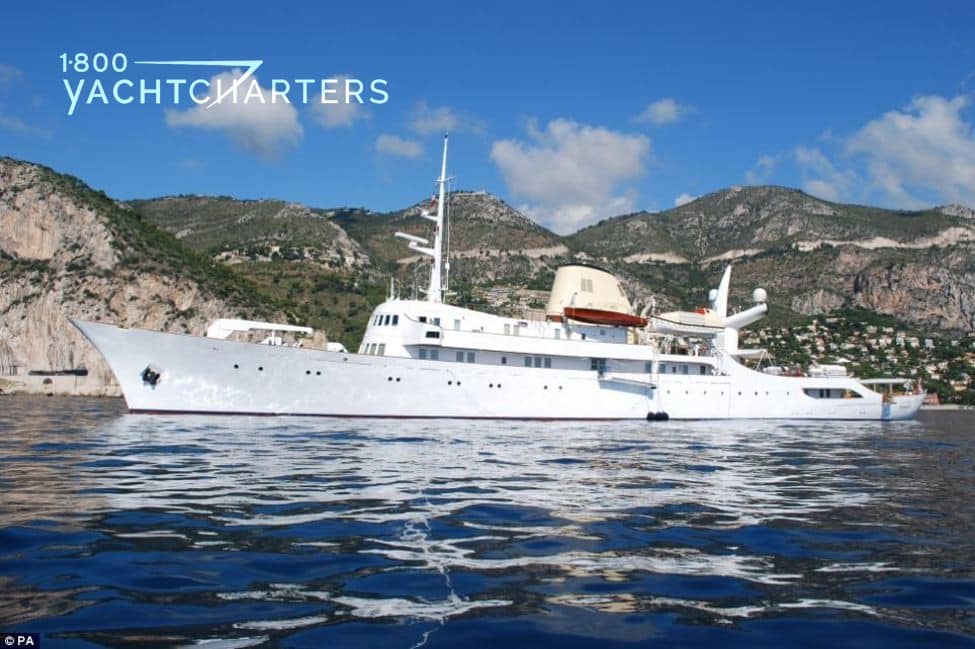 Luxury motor yacht CHRISTINA O represents nostalgia, excellence, and space. Recently totally refurbished, this superyacht is now fully classified as a passenger vessel. A truly unique opportunity for those wishing to cruise in style and comfort, the mega yacht CHRISTINA O offers huge deck spaces and the indulgence of an original mosaic-tiled swimming pool. In addition to the Jacuzzi, there are three public lounges, a gym and a game room – and the famous bar where Sir Winston Churchill first met Jackie Kennedy.

The totally refurbished luxury charter yacht CHRISTINA O retains a fantastic sense of comfort and opulence.  Many photographs and original items from her early days exist. In specific, from when her guests and cruising reports appeared in the international news.  Further, her guest facilities would only exist in a five-star hotel.

Following her refit, she is now one of the very few ex-private yachts that are legally capable of international cruising with up to 36 passengers. Corporate incentives, wedding anniversaries, family reunions, special birthdays, or just cruising and relaxing – all are within her capabilities.

Impressive size and amenities make this the most famous superyacht in the world, and the top choice for a Mediterranean yacht charter.

The megayacht has eighteen ensuite cabins. Fourteen of them are doubles or configured with twin beds.  These make up the two sleeping areas. These areas connect via a glamorous marble-railed spiral atrium staircase. It covers three decks, off of which are the dining room and public room areas. The aft swimming pool deck has awning-covered dining areas, as does the boat deck bar area. Her huge interior dining area is her most impressive, and it is ideal for more formal occasions.

For many years this was the largest yacht in charter at 325 feet 3 inches (99 meters). She was originally a Canadian River-class frigate called HMCS Stormont and was launched in 1943. The vessel served as a convoy escort during the Battle of the Atlantic and was present at the D-Day landings.

After the end of the Second World War the ship was one of many surplus naval vessels and Greek shipowner Aristotle Onassis purchased her for just $34,000. He then spent $4 million to convert her into a luxury yacht charter vessel and renamed her Christina after his daughter. Apart from Onassis’ mistress Maria Callas and his wife Jackie Onassis other celebrities such as Marilyn Monroe, Frank Sinatra, and Eva Peron have sailed on her. She was one of the most famous society venues of the mid 20th century. John F Kennedy first met Winston Churchill on board in 1957.

When Aristotle Onassis died in 1975, he left the yacht to his daughter, who gave her to the government for use as a presidential yacht in 1978.  Rechristened the Argo, she was left to decay and was put up for sale at $16 million in the early 1990s. Alas, she found no takers.

In 1996 a sale to an American fell through (he was later convicted of wire fraud in relation to his attempt to purchase the yacht). Finally, in 1998 she was purchased by Greek shipowner John Paul Papanicolaou who had sailed on her as a child. He changed her name to Christina O and undertook a major refurbishment between January 1999 and April 2001.

HOW TO BOOK YOUR YACHT CHARTER

In conclusion, book motor yacht CHRISTINA O for your own private luxury yacht charter vacation today. Contact your yacht charter brokers at 1-800 Yacht Charters at 305-720-7245. If you prefer, complete our online inquiry form at https://www.1800yachtcharters.com/book-now/ .

We will be in touch with you right away to plan The Superyacht Experience™ for you!

Explore Our Selection of Yachts
Book Now or Contact Us Today

We will meet or beat all competitors' rates.

In addition to the best customer service in the yacht charter industry, we promise our clients the best available pricing.

Use the form below to search our site. If you have any questions at all, please contact us today.