In February we added the brand new 33 meter catamaran yacht QUARANTA to our website, in anticipation of her launch and christening.

We are proud to report motor yacht QUARANTA, the largest carbon hybrid composite power catamaran in the world, was successfully launched in February.

At 3.30am, the Turkish-built superyacht was pulled from her Tuzla shipyard shed on to the public road by a huge trailer. From there, she was towed 3 kilometers to the RMK shipyard for launching. 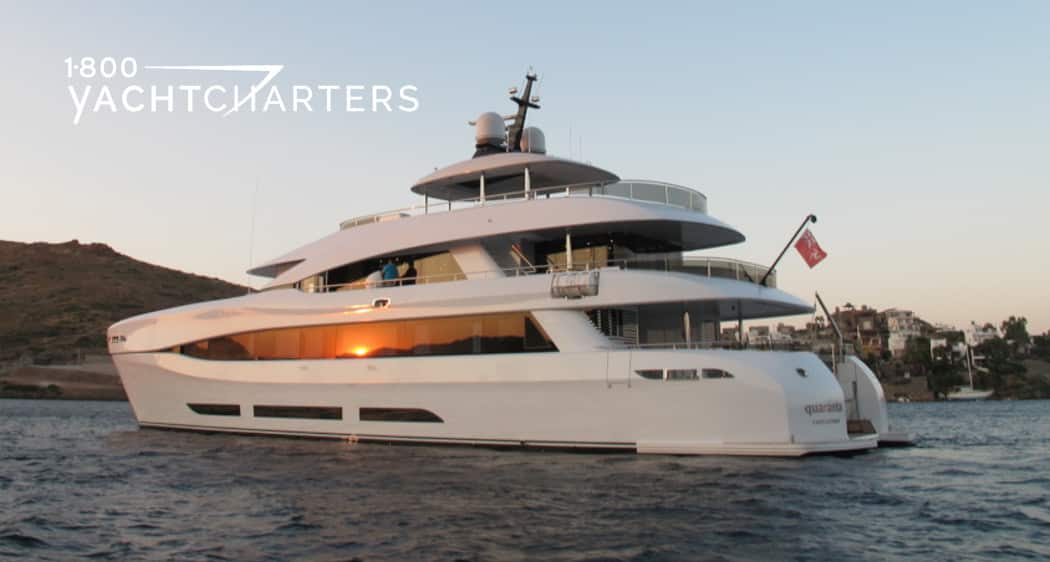 The following day, on Sunday morning at 10:45am, the yacht was officially christened and launched.

The vessel features a flexible layout. Six double cabins offer room for 12 guests, and be converted into three VIP suites, six twins, doubles, or any combination thereof. All guest cabins are located on the main deck and fitted with large windows.

Interior and exterior styling was provided by UK’s Lila Lou Studios, with Incat Crowther serving as the naval architects.

With four decks and a nine (9) meter beam, the catamaran provides nearly 50 per cent more space than a comparable 30 meter monohull.