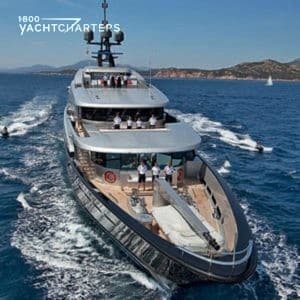 When it comes to a keen sense for talent, creativity and style, few can argue with Simon Cowell’s success.  The television and music industry mogul has helped launch the careers of dozens of entertainers, while his brutal honesty has made him a household name in America.

Amazingly, his sense of style and panache extends far beyond the entertainment industry, into the realm of the world’s newest and largest luxury yachts, as witnessed by Cowell’s own show-winning vessel, motor yacht SLIPSTREAM.

We first introduced you to American Idol Simon Cowell motor yacht  SLIPSTREAM at the 2009 Genoa yacht show. Built  by France’s CMN Shipyard, their largest yacht to date, Simon Cowell’s yacht SLIPSTREAM is one of the chicest crafts on the water.

Cowell’s yacht décor is a super-stylish mélange of modern and nautical, taking full advantage of the yacht’s panoramic windows. The vessel’s interiors are finished in a neo-Art Deco style combining dark ebony joinery and red leather paneling. The sun-deck is fitted with a spa, sun-pads, bar with BBQ, and al fresco dining area, and the yacht comes equipped with a cutting-edge home entertainment system including video on demand and a satellite communications center.

Like her owner, most often seen wearing a crisp, black T-shirt, the yacht presents a dramatic appearance with her gleaming black hull.

With room to accommodate up to 14 Guests, and 200 square meters of outdoor decks, expect to see this vessel hosting fellow entertainers and celebrities at events like the upcoming Cannes Film Festival 2011 and the Monaco Grand Prix. 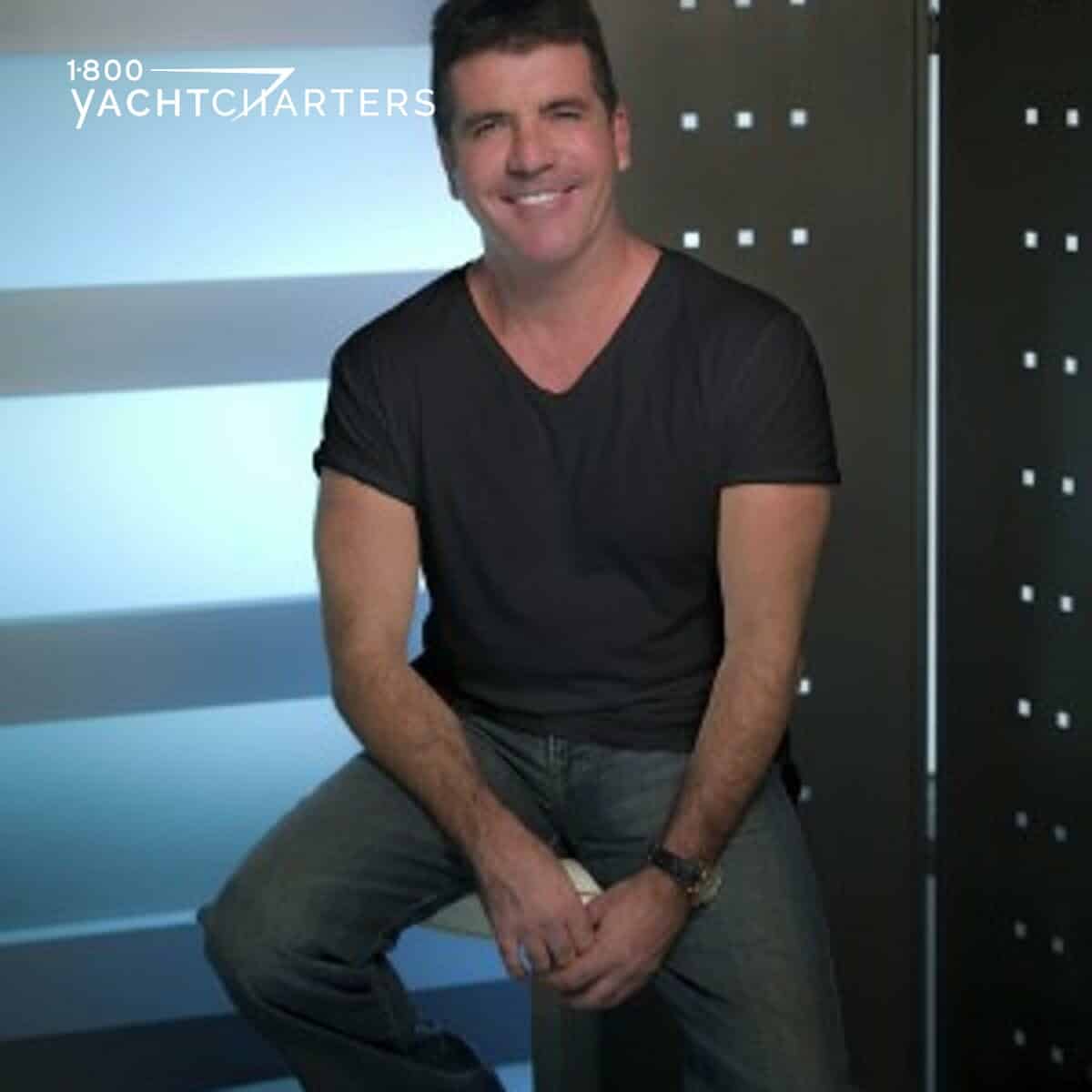 Cowell has a U.K.-based production company, SYCO.  They produce BAFTA Award-winning show, The X Factor.  Specifically, it has topped the charts in England.  He also produces and judges Britain’s Got Talent.  Of course, here in the states he is best known for starring in American Idol for 9 seasons, and for serving as executive-producer of America’s Got Talent.

What a strange twist.  The man who professionally judges style and talent had an experience. He saw his beloved superyacht placed before a jury of judges.  In October 2010, Cowell’s yacht won the prestigious ShowBoats Design Award for Best Exterior Design & Styling.