WHAT TO DO ON YACHT CHARTER?

Looking to throw a little wrinkle into the typical yachting holiday in the Western Mediterranean?  Our charter department put their heads together and came up with 5 cool things to do to make your next yachting holiday a truly unique experience.

The French island of Corsica is often overlooked by charterers who spend most of their time exploring nearby Sardinia.  Corsica is downright beautiful, with a colorful history and unique culture and atmosphere. You’ll find an eclectic mix of old world charm infused with modern French style. 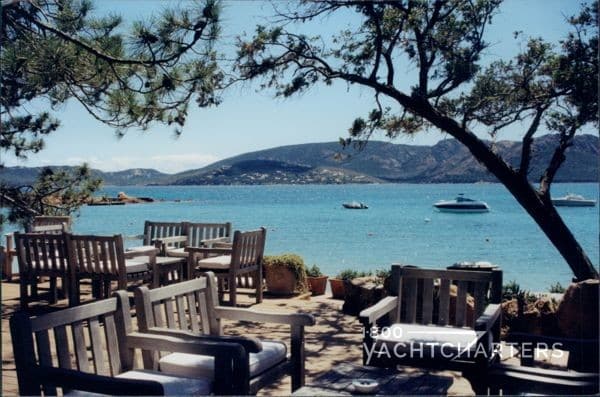 RELAX on the Beach at Cala Marcella – Menorca

The interest in a Balearic Island yacht charter experience continues to grow each summer, as more yachts secure the required Spanish charter licenses to explore Ibiza, Mallorca and Menorca.  While the nightclubs of Ibiza have their own appeal, the idea of a pristine beach sounds pretty food as well. 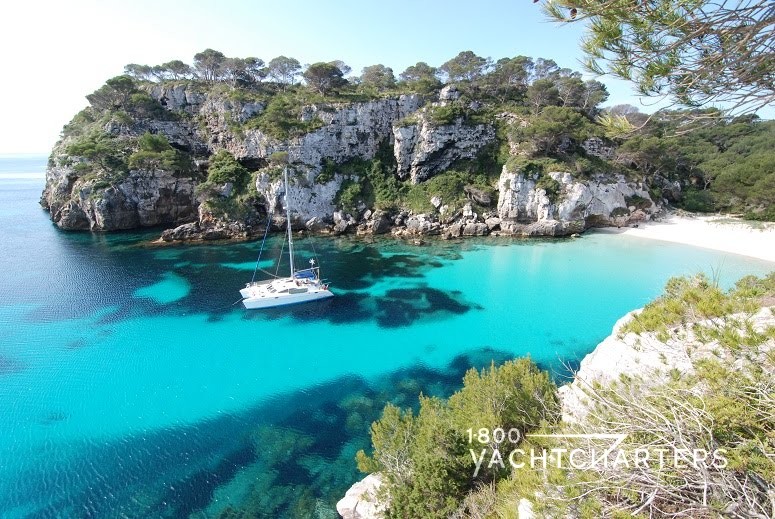 Take for example the beach at Cala Marcella.  You’ll need your yacht’s tender to get there as this beach is only accessible by boat (lucky you).  On most weekdays, you can almost be sure to find a quiet spot on the white sands of Cala Marcella  [Tip: avoid the weekend, as crowds of local boaters invade this idyllic cove].  If you feel adventurous, bring a pair of walking shoes ashore, as there is a walking route that you can hike to the neighboring beach of Macaraletta.  Here, you can walk to the top of the cliff and experience some of the best ocean views in all of the Balearic islands.

At the base of the 110 meter high cliffs of Cappo Caccia, along the northwest corner of Sardinia, lies the entrance to the Grotto de Neptuno – a stalactite-filled cavern and saltwater lake.  Land-based visitors can enter by climbing down 654 steps from the top of the cliff to explore the underground grotto. You on the other hand, can simply have your captain nose your yacht into the entrance of the caves! 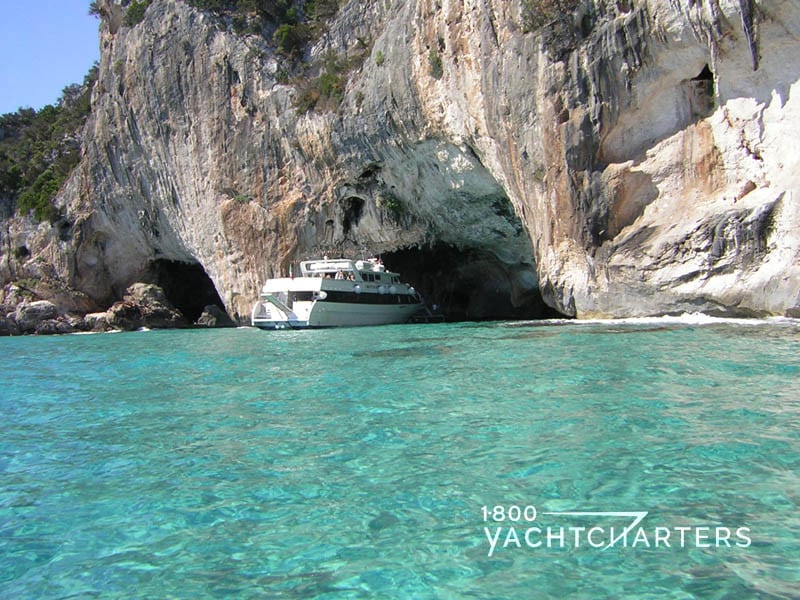 For snorkelers and divers, the adventure gets deeper at the nearby Nereo Cave, considered the biggest marine cave in the Western Mediterranean.  With 10 entrances, arches and tunnels, novices can snorkel in waist high water while experienced/certified divers can dive down to depths of 35 meters.

REJUVENATE your Spirit at the Luminaria – Pisa

You’ve missed this event for this year, but it’s never too early to plan your 2017 summer charter.  Every June 16, on the eve of the feast day of Saint Ranieri, the city of Pisa is aglow with 70,000 “lumini” (candles in glass containers). The reflection along the Arno river is mesmerizing.  It’s a peaceful, tranquil setting and the warmth of the Pisa residents will touch your heart.  If this doesn’t remind you how the superyacht experience allows you to embrace diverse cultures, nothing will!

QUENCH your Thirst and Go Wine Tasting with Monks – Cannes

Just off the coast of Cannes, in the South of France, lies the small island of Saint Honorat. Here, visitors will find a very unusual vineyard.  It has 8 hectares of vines cared for entirely by the monks of the Abbey of Lerins.  The monks tend to every aspect of winemaking.  For instance, from planting the vineyard, to harvesting the grapes.  Additionally, to making and bottling the wine. 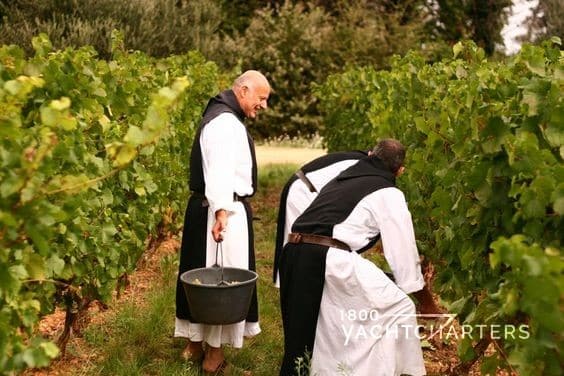 Truly unique vintages found nowhere else, we recommend the Saint Cyprien Viognier with a seasonal Mediterranean meal served by the monks in their own restaurant.  After dinner, you can finish the day with a tasting of the fruit liqueurs as you enjoy the company of the monks and their staff, in this peaceful Monastic enclave.

In conclusion, 1-800 Yacht Charters offers summer itineraries from the Côte d’Azur to the ancient islands of Greece. For a sampling of our luxury yachts, visit our interactive website at 1800yachtcharters.com.

We Say, “No Mas!” To Excessive Ibiza Yacht Charter VAT 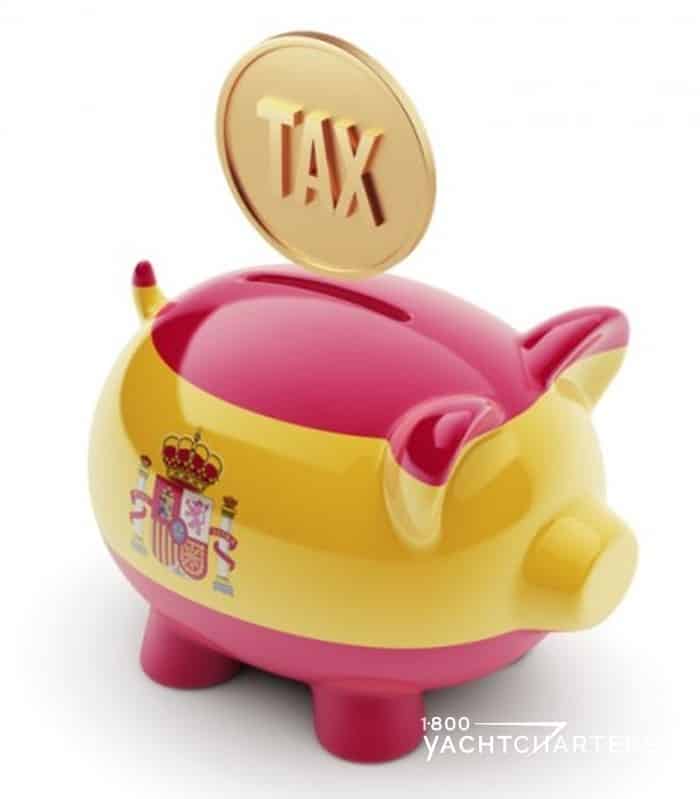 Spain wants more private luxury yacht charter business in the Balearic Islands.  However, they have a funny way of showing it.

Case in point.  Picture a specific yacht that is legal for charter in both Spain and France. It incurs TWICE as much VAT liability in Spain.  This is even though the tax percentages are nearly identical!

Formula 1’s Eddie Jordan has a Sunseeker 155 motor yacht BLUSH for charter.  He often keeps her in the Balearic Islands for the summer charter season. When there is demand, the yacht can easily reposition. She moves to the South of France for clients who prefer a French yacht charter vacation.  Additionally, she can go to the coastal areas of Italy and nearby islands of Sardinia and Corsica.  Her weekly charter rate remains the same between both destinations. The rate is €220,000 per week in high season.  VAT rates are almost identical:  20% in France and 21% in Spain.

A client who charters Sunseeker 155 yacht BLUSH in Ibiza, however, will see a tax of €46,200 on his charter agreement, while a client chartering the yacht in Cannes, will incur a charge of just €22,000.

HOW DOES THIS AFFECT CLIENTS?

If you’re the client taking the yacht in Spain, one word comes to mind (well, maybe a few words…), most notably, “OUCH!”

So what is the explanation?  Why the drastic difference if the tax rates are nearly identical?  The answer can be found in Article 58 of European Union Council Directive 2006/112/EC.

We’ll let our company President, Jana Sheeder, explain why this is the case:

“The European Union  directive on VAT, as it relates to private yacht charter revenue, has a clause entitled, ‘criterion of effective use and enjoyment.’  This clause allows member states to implement a VAT reduction scheme. However, it is not compulsory.  Popular cruising destinations like France, Italy, and Malta all take advantage of this opportunity to reduce VAT.   Unfortunately, Spain does not.”

HOW IS VAT CALCULATED?

Note – the tax savings only kicks in when the chartered yacht cruises beyond 12 nautical miles – in essence, into international waters and out of the borders of the European Union.  This is a simple task and almost all charter yacht captains will implement this strategy in order to save the charter customer 50% of the VAT rate.  However, even if a yacht in Spain sails beyond the 12 nautical mile boundary, the Spanish government still insists on collecting the full VAT fee.

The Member States of the European Union include:

VERBIAGE OF THE DIRECTIVE

For those readers who enjoy the technical details, here is the verbiage of the directive:

Alex Chumillas, the director of Tax Marine explains the directive and the result of Spain’s decision:  “As is clearly defined in paragraph (a), the provision seeks to minimise VAT taxation applicable to certain services, among them the hiring out of means of transport (for instance charter),” “However, the provision has not been implemented in Spain.  Therefore, chartering in Spain is subject to a flat VAT rate which does not benefit from any reduction, even when sailing beyond 12 nautical miles.”

Paragraph (b) allows Spain to levy VAT charges on certain services that have been provided outside of Spain – if the services are enjoyed inside of Spain.  Let’s say a charter starts in Gibraltar.  The yacht will need to register for VAT and pay VAT on the length of the charter in Spain (and of course, pass then expense on to the charter customer).

By choosing to implement paragraph (b) only, the Spanish government has chosen to only apply the more burdensome element of the directive.  Is this the right thing to do to people wanting to experience travel in your country?

Like they did with the repeal of the oppressive matriculation tax in 2013, let’s hope the legislators in Spain come to realize a reduction in VAT will make the Ibiza yacht charter market competitive with neighboring France and the rest of the European Union states that derive strong financial benefits from the private luxury yacht charter industry.

HOW TO BOOK A YACHT CHARTER WITH BEST OR NO VAT

VISIT https://www.1800yachtcharters.com/yacht-charter-monaco/ for a sampling of private yachts for hire in the Balearic Islands and throughout the Mediterranean this summer, courtesy of 1-800 Yacht Charters.We will be happy to create The Superyacht Experience™ for you.