Where Are They Now? Below Deck Yachts

Can you imagine a reality-based TV show that chronicles the lives of crew members who live aboard a luxury yacht charter vessel?  The cameras follow the shipmates as they prepare the yacht for the arrival of their charter clients.  Of course, like all intriguing reality shows, there needs to be plenty of personal conflict.  Maybe the drama could come from the challenges of living together in tight quarters, for weeks at a time?

Creators Rebecca Taylor-Henning and Doug Henning imagined just such a show.  They pitched their idea to the executives at cable network, Bravo. They named their show, Below Deck.

Bravo liked what they saw.  Television audiences did as well. 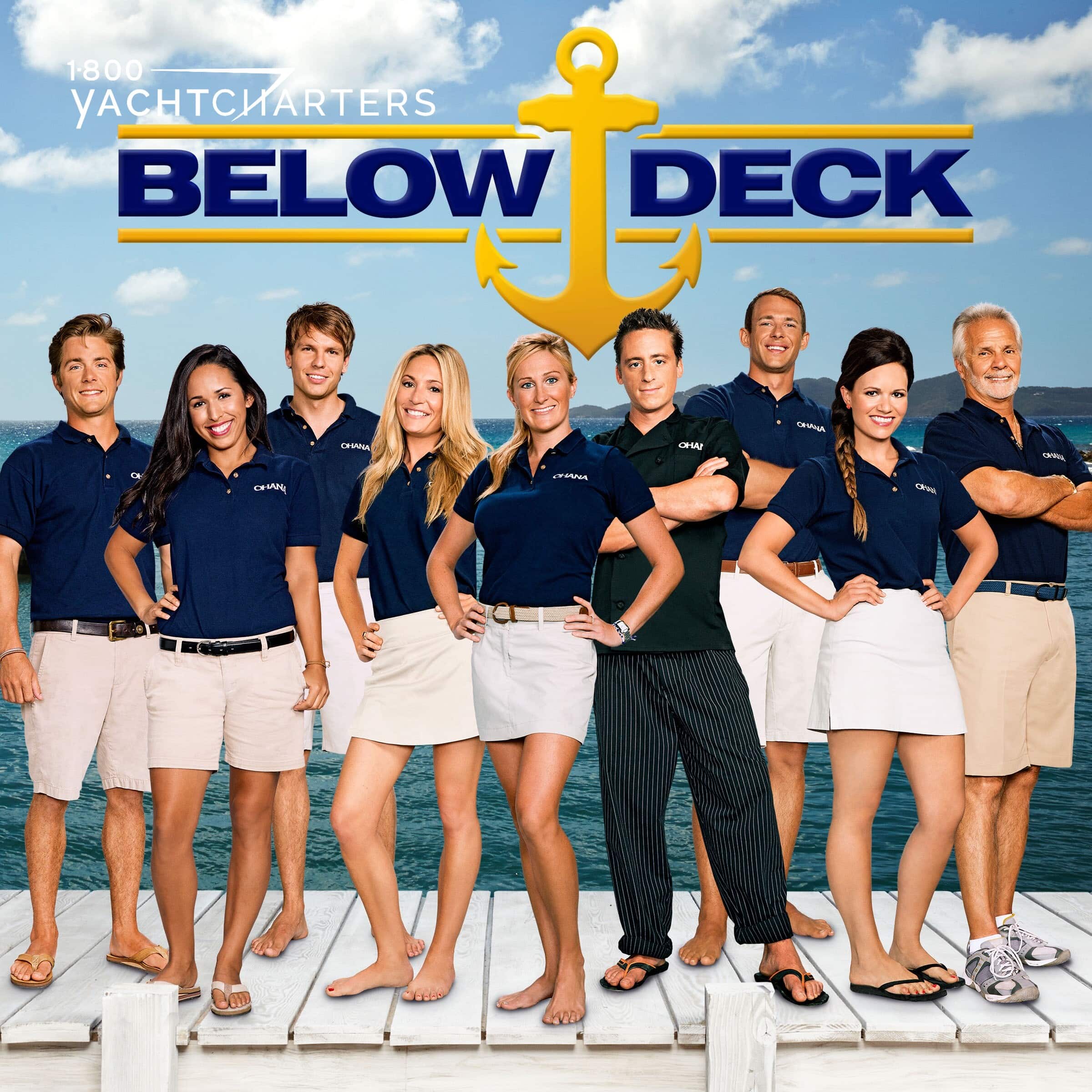 Seven power (not sail) superyachts have appeared in the Below Deck series.

Let’s look back at the seven luxury yacht charter vessels.  These boats helped propel Below Deck to the top of the cable TV ratings. For instance,

First and foremost is HONOR.  The real name of this gorgeous Benetti yacht is CUOR DI LEONE.  This 164 foot superyacht build is Italian company, Benetti Yachts.  It has been seven years since the yacht appeared on Below Deck.  In December, 2013, the yacht was sold and her name changed to LUMIERE.  Many websites show the yacht as active in charter, however this is not correct.  In April , 2019, the yacht was once again sold.  Her name is now SOTAVENTO.  The current owner keeps the yacht for personal use only.  She is not for charter.

Trinity yacht MUSTANG SALLY was “cast” in the role of EROS for season three.   The 161ft yacht was sold in July, 2017.  Her name is now HUNTER,  and contrary to some company reports, she is no longer available for charter.

The role of VALOR was played by motor yacht CHARADE. This yacht appeared in both seasons four and five.  The yacht was built in 1990 in Holland by Feadship.  The yacht owner changed her name in October, 2017.  Specifically, she is now named BG.  The yacht is based in Miami and charters primarily in the Bahamas.  Her weekly rate is $169,500.

Point of Interest – “BG” are the initials of the yacht’s owner, Bobby Genovese.  Genovese owns BG Signature, a collection of 12 luxury retreats in the United States, Canada, Europe, South America, and the Bahamas.  Genovese operates a second yacht for charter, a 78 foot Lazzara named, BG Jr.

This 151 foot yacht was selected to launch the premier season of Below Deck Mediterranean in 2016.  The episode was filmed in Greece.  In addition, the yacht has the same name and same owner since her launch in  2005.  The vessel is no longer based in Greece.  Now, she is based in Nassau and is available for Bahamas yacht charters.  The weekly rate is $160,000.

The second yacht to appear in Below Deck Mediterranean (season two) is the 154 foot SIROCCO. The yacht launched in 2006 and completely remodeled in 2013.  She is still an active charter yacht, and is based in the western Mediterranean.  The weekly charter rates starts at €180,000/wk.   Thus yacht is willing to accept charters in a broad area within the overall Mediterranean.  Charters may begin in any of these following destinations. For example,

Last but not least, Talisman is the largest superyacht to appear to date on either Below Deck or Below Deck Mediterranean.  The yacht was built in Turkey by Proteksan Yachts.  She was launched in 2006, and refit in 2012.  The vessel is nearly 176 feet long (about 54 meters). Her home port is the South of France, and she remains an active charter yacht.  The weekly rate starts at €231,000

Point of Interest – This yacht is popular for special events such as a Monaco Grand Prix yacht charter.  Many yachts only allow 12 passengers onboard.  This yacht can have up to 60 guests onboard – as long as the yacht is at the dock and not in motion.

The third version of Below Deck is now airing. Specifically, Below Deck – Sailing Yacht.  The new season premiered in February, 2020.  It is still too soon to tell if viewers will gravitate to a sailing yacht as the center of activity.  All past episodes of this series have taken place on motoryachts.

The yacht for this new spin-off is PARSIFAL III.  She is a 176 foot sailing yacht, and it should be noted that she is as large as the largest yacht ever on the show.  “Par III” is a Perini Navi Italian build.  The vessel’s launch date is 2005, with a refit in 2012.  There are 5 guest cabins for 10 passengers.  Charters are accepted in the western Mediterranean.  Her weekly rental rate ranges between €195,000 and €205,000.

HOW TO BOOK A BELOW DECK YACHT

In conclusion, start planning your yacht charter on a Below Deck superyacht.  Our team stands by ready to arrange The Superyacht Experience™.  Contact us at https://www.1800yachtcharters.com/book-now-contact-us/ today to start.

1-800 Yacht Charters. Providing The Superyacht Experience since 1976. Luxury yacht charter vacations in the Mediterranean, Caribbean, Bahamas, South Pacific, South Florida, Miami and the Keys, Italian Rivera, Belize. Megayacht charter company focused on generosity, Pay it Forward, Random Acts of Kindness, giftivism, giving back to the ocean, to the needy, and the environment with every superyachting charter. Providing eco-friendly alternatives while on yacht charters and known for 6 star customer service, experience, and generosity.
View all posts by →