The excitement of Formula 1 racing comes to Abu Dhabi this month, and the best seat in the house is undoubtedly onboard the private luxury yacht MOGAMBO.

Built in 2012, super yacht MOGAMBO looks better than ever, having undergone a partial refit.  She’s been fully repainted, and he now has a 7th cabin for added flexibility for charter guests and/or occasional workers.  The sundeck Jacuzzi has been significantly enlarged, and the gym has been redesigned. 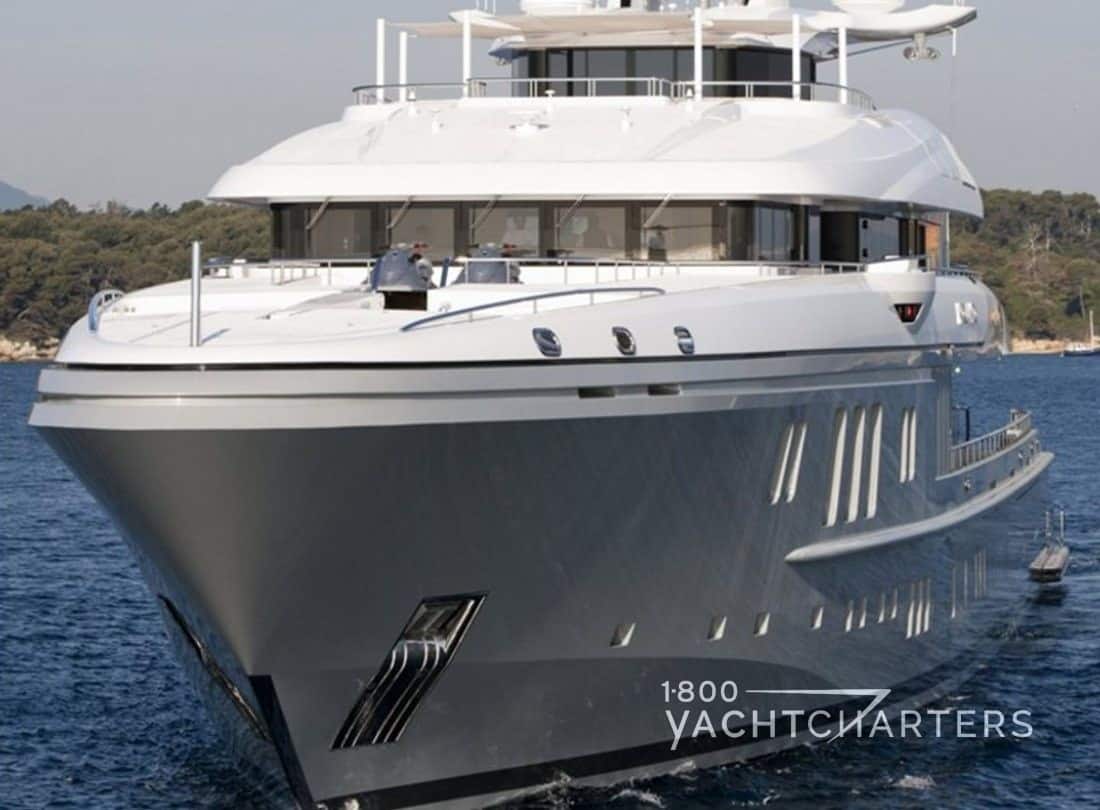 The yacht’s key features include:

The 2016 FORMULA 1 ETIHAD AIRWAYS ABU DHABI GRAND PRIX is the Middle East’s biggest international sporting event and the only twilight race on the F1® calendar.  The Abu Dhabi Grand Prix is just one of two Formula 1 circuit races that directly encompass a marina where guests can enjoy the action from the deck of a superyacht.  The other is Monaco.  Grand Prix yacht charter vacations in Monaco are famous for their celebrity parties and many racing sponsors hire yachts to serve as private, secure viewing platforms. Much of the course in the Abu Dhabi race hugs the Yas Marina Circuit and viewing the action from a yacht is unobstructed by bleachers or buildings. 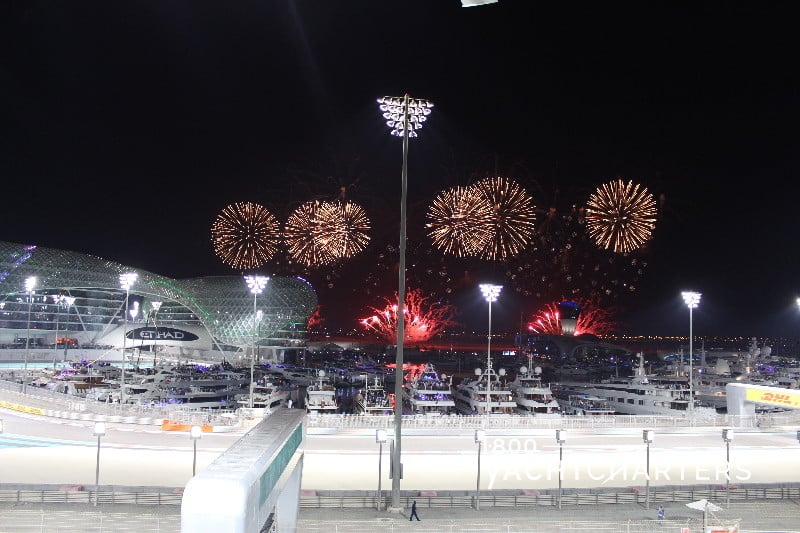 The post-race fireworks extravaganza is truly amazing as well!!!

Catch all the action from the deck of your own private yacht charter vessel, from 1-800 Yacht Charters. Text GRAND PRIX YACHT CHARTER to 305-720-7245 for more information.  See you on the Circuit!

Available in the Caribbean from 21 January to 21 February 2012, motor yacht SIREN is offering a special discounted rate to lure charter customers.

One of the largest luxury mega yachts available for hire, this vessel can accommodate 12 guests in 6 suites.

At 73 meters in overall length, this 2008 yacht was built by one of Germany’s most renowned shipyards – Nobiskrug. Motor yacht SIREN is certainly one of the most important mega yachts in the world today. Her design and build quality are second to none. The yacht’s deck spaces are a marvel in terms of style and usability.

Power and Motoryacht Magazine ranks this yacht at #53 on their annual list of the World’s 100 Largest Yachts.

The motoryacht has many key features. For instance,

For a list of all yachts offering winter and spring discounts, contact 1-800 Yacht Charters at https://www.1800yachtcharters.com/book-now-contact-us/ today.